Hummel faithfully served the church as a pastor, theological educator and scholar.

“We thank God for the many blessings He has brought to us and to His church through Dr. Hummel’s life of service, scholarship and teaching,” said Seminary President Dr. Thomas J. Egger. “We eagerly await the great day of reunion and resurrection, when Christ our Savior appears.”

Hummel retired from Concordia Seminary in 1995. He joined Concordia Seminary in 1974 as associate professor of Exegetical Theology and was advanced to professor in 1979. He served as chairman of the Department of Exegetical Theology (1981-95) and as an instructor (1956-58). He also served as a guest professor at Seminario Concordia, Porto Alegre, Brazil (1983) and Lutheran Theological Seminary, Novosibirsk, Russia (1997).

Concordia Seminary Emeritus Professor of Exegetical Theology Dr. Andrew Bartelt praised Hummel in a recent issue of Concordia Journal as “a teacher and a colleague who has influenced so many in the study of the Hebrew Scriptures, but also as one who has championed the richness of the biblical record and helped us understand and appreciate the theological heritage that is ours.”

Hummel received his Master of Divinity (M.Div.) and Master of Sacred Theology (S.T.M.) from Concordia Seminary (1951, 1952) and a Doctor of Philosophy (Ph.D.) from Johns Hopkins University in Baltimore, Md. (1955).

His published work includes The Word Becoming Flesh: An Introduction to the Origin, Purpose, and Meaning of the Old Testament (Concordia Publishing House [CPH]), which studies the history, organization, interpreters and critics of the Old Testament. He also authored The Old Testament in Modern Research, with a Survey of Recent Literature with Herbert F. Hahn (Fortress Press) and the two-volume Concordia Commentary on the book of Ezekiel (CPH), which the publisher describes as a “landmark work” in which “every passage bears witness to the Good News that God has reconciled the world to Himself through our Lord’s life, death and resurrection.”

Hummel served as an editor of the Concordia Study Bible (Concordia Publishing House). In 2002, he was honored by scholarly friends and colleagues with a festschrift titled Hear the Word of Yahweh: Essays on Scripture and Archaeology in Honor of Horace D. Hummel.

His interests extended to archaeological expeditions such as those at Tell Tuneinir, located in Northeastern Syria near the town of Hasake, where he volunteered five seasons during 1988-94. 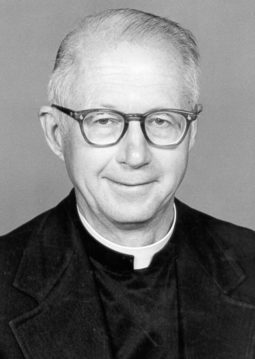 Are Law and Gospel a Valid Hermeneutical Principle? Christ in the Old Testament