Arthur A. Just Jr. was born in Salem, Massachusetts in 1953. His family lived overseas in Mexico and Spain for twelve years during his formative years. He attended Phillips Academy in Andover, Massachusetts and Union College, Schenectady, New York, receiving a Bachelor of Arts degree in history and English literature in 1975. He attended Concordia Theological Seminary in Fort Wayne, Indiana, receiving a M.Div. degree in 1980. His vicarage was at South Shore Trinity Lutheran Church in White Bear Lake, Minnesota. His served Grace Lutheran Church in Middletown, Connecticut as pastor from 1980 to 1984. Dr. Just studied at Wesleyan University in Middletown, Connecticut (1982) and at Yale Divinity School (1983-1984), receiving his S.T.M. from Yale in New Testament and Liturgics in 1984. He received his Ph.D. from the University of Durham in England in 1990 in the New Testament. Dr. Just has been on the faculty of Concordia Theological Seminary, Fort Wayne, since 1984. He is presently Professor of Exegetical Theology, Dean of the Chapel, Director of Deaconess Studies, and Co-Director of the Good Shepherd Institute of Pastoral Theology and Sacred Music. He teaches New Testament, liturgics, homiletics, catechetics, and pastoral theology. He has contributed a chapter on â€œLiturgical Renewal in the Parish" to Lutheran Worship: History and Practice by Concordia Publishing House, articles on preaching, liturgy, and New Testament in various periodicals, and his doctoral thesis, The Ongoing Feast: Table Fellowship and Eschatology at Emmaus, was published in 1993 by Pueblo Publishing Company, an imprint of The Liturgical Press. Dr. Just published a two-volume commentary on the Gospel of Luke for the Concordia Commentary. The first volume appeared in December 1996 and the second volume in November of 1997. He also published the Lukan volume for the Ancient Christian Commentary on Scripture from InterVarsity Press, Thomas C. Oden, General Editor ( February 2003). This year, he published two books from CPH: one for pastors, deaconesses, and lay people for the visitation of the sick and dying entitled Visitation, and another book on the liturgy of the church entitled Heaven on Earth: The Gifts of Christ in the Divine Service, a book that expands his video series on the liturgy entitled Liturgy: Yesterday, Today, and Forever. He was also chairman of the Lectionary Committee for Lutheran Service Book for the Commission on Worship and a member of the Steering Committee. He and his wife Linda have three children, Abigail, married to Pr. Joshua Genig and grand-daughter, Emma Mary, and two sons, Nicholas and Jacob.

Baptism, Preaching, the Lord's Supper, and the New Curriculum

Luke the Preacher: Preparing Sermons for the Gospels of Series C

My Soul Magnifies the Lord: Luther's Hermeneutic of Humility

Reemergence of the Lutheran Church in Spain

Serving Christ by Serving Our Neighbor: Theological and Historical Perspectives on Lutheran Deaconesses

The Apostolic Councils of Galatians and Acts: How First Century Christians Walked Together

The Cross, the Atonement, and the Eucharist in Luke

The Devotional Life of Scripture, Prayer, Praise, and Thanksgiving

The Faith of Christ: A Lutheran Appropriation of Richard Hays's Proposal

The Lord's Supper as Pastoral Care for the Newly Grieving

Word and Sacrament: Means for Mission

All Theology is Christology: Essays in Honor of David P. Scaer

by Rev. Dr. Cameron A. MacKenzie

Christ's gifts in liturgy : the theology and music of the divine service

Exegetical - "Baptism and the Lord's Supper in Luke-Acts" - Video

The Hymn, As With Gladness Men of Old 2016 Symposia - "My Soul Magnifies the Lord": Luther's Hermeneutic of Humility

2016 Symposia - "My Soul Magnifies the Lord": Luther's Hermeneutic of Humility

2016 Symposia - “My Soul Magnifies the Lord”: Luther’s Hermeneutic of Humility

Contextualization of Worship (Part One) Enter the New Testament World of Missions (Part One)

Exegesis - Does Our Baptismal Identity Change Our Personality? The Apostle Paul Before and After Damascus

Exegesis - Justification and Incorporation into Christ: How Are They Related?

Exegesis - Panel: Atonement in the Scriptures

Exegesis - The Faith of Christ

Exegesis - The Voice of Jesus: 'He Interpreted to Them in All the Scriptures the Things Concerning Himself'

Exegetical - "Baptism and the Lord's Supper in Luke-Acts" - Audio

Galatians- Volume 1 - What are you able to tell us about Paul's early life, his education, and personality?

Galatians- Volume 10 - Who is Luke and what was his relationship with Paul?

Galatians- Volume 11 - When and where were Paul's letters written?

Galatians- Volume 12 - What do we know about Paul after his journey to Rome and his house arrest in Acts 28 and his martyrdom in Rome?

Galatians- Volume 13 - What would you say is unique about the first part of the Galatians?

Galatians- Volume 15 - In Galatians, does Paul say that he is not ashamed of the Gospel, as he does in Romans?

Galatians- Volume 16 - How does Paul's conversion relate to his understanding of his apostleship? What about his time in Arabia?

Galatians- Volume 18 - Why did Paul make a second trip to Jerusalem and what happened then?

Galatians- Volume 19 - How did the Jerusalem Council compare to other councils?

Galatians- Volume 2 - Would you be willing to say a little more about the personality of Paul?

Galatians- Volume 20 - Similarities with the Council of Nicaea

Galatians- Volume 21 - What happened at Antioch that caused Paul to be so upset with Peter? Can church leaders be upset with one another without this being a sin?

Galatians- Volume 22 - What are the theological issues that follow this confrontation between Paul and Peter at Antioch?

Galatians- Volume 23 - What does Paul mean in Galatians 3 when he speaks about the hearing of faith and works of the law?

Galatians- Volume 24 - How does Paul structure his response to the arguments about the issues confronting the Galatians? Does James do this differently?

Galatians- Volume 25 - What does it mean that Jesus is cursed on the cross?

Galatians- Volume 26 - Would the Galatian Christians would have known of the Scriptures Paul is quoting?

Galatians- Volume 27 - What is the point of Paul's argument where he appeals about Abraham and the giving of the law to Moses?

Galatians- Volume 28 - How does Paul's speaking of the Law differ between Romans and Galatians?

Galatians- Volume 29 - What is the relationship between the law and the promise?

Galatians- Volume 3 - Were there other persecutions of the church during the First Century?

Galatians- Volume 30 - What is the point Paul makes at the end of Chapter 3 and the beginning of 4?

Galatians- Volume 31 - Is there a central passage for the letter to the Galatians?

Galatians- Volume 32 - What is the source of Paul's concern for the Galatians after 4:3-7?

Galatians- Volume 33 - Why does Paul at this point in his letter rehearse with the Galatians the occasion for his coming to them when he first preached the Gospel to them?

Galatians- Volume 34 - Why does Paul resort to allegory about Abraham and his two wives in bringing his argument to a close?

Galatians- Volume 35 - What is that freedom Paul is speaking about in the beginning of Chapter 5?

Galatians- Volume 36 - How does Chapter 6 relate to the preceding message to the Galatians?

Galatians- Volume 37 - What does the future of the Galatian congregation look like from Paul's perspective?

Galatians- Volume 38 - What does it mean that the Galatians are not to let their flesh rule in their congregation?

Galatians- Volume 39 - What is Paul saying about the Spirit and the flesh in Galatians 5:16-24?

Galatians- Volume 4 - Paul's birth name was Saul. Was he also given the name of Paul at birth? Or did that name only come later?

Galatians- Volume 44 - Justification by Grace and the New Creation

Galatians- Volume 5 - Are you able to provide detail about Paul's encounter with Christ?

Galatians- Volume 6 - Where does Paul fit into the history of the early church?

Galatians- Volume 7 - Can you tell us more about the relationship between Paul and Peter in the Book of Acts? And how did Barnabas and James fit into the picture?

Galatians- Volume 8 - What were the precipitating events that led to the Jerusalem Council of A.D. 49?

He explained to them in all the Scriptures the things concerning himself: Luke's Christological Interpretation of the Old Testament

He explained to them in all the Scriptures the things concerning himself: Luke's Christological Interpretation of the Old Testament

Hearers of The Word: Luke's Gospel as Scripture for a Liturgical Community (Part One)

Hearers of The Word: Luke's Gospel as Scripture for a Liturgical Community (Part Two) 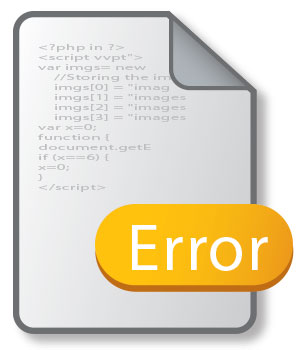 Lutheran Worship 2- Volume 24 - The Ordinaries of the Liturgy

Lutheran Worship 2- Volume 25 - Sources and Significance of the Ordinaries

Lutheran Worship 2- Volume 27 - Eschatology and Our Sense of Time

Lutheran Worship 2- Volume 41 - The Importance of Continuity through Generations

Lutheran Worship 2- Volume 45 - Reverence in the Presence of Christ

Lutheran Worship 2- Volume 51 - How is faith related to the worship that God seeks?

Lutheran Worship 2- Volume 64 - How Does Luther's Love of Music Help Us?

Lutheran Worship 2- Volume 7 - Significance of Synagogue, Temple, and House for Worship in Luke

Lutheran Worship 2- Volume 74 - How did Luther's Latin mass illustrate the principles of the Lutheran confessions?

Lutheran Worship 2- Volume 77 - What Does Luther's German Mass Teach Us about Music in Worship?

Luther's Lectures on Hebrews: The Headwaters of the Reformation

Panel Discussion - Love and Marriage: Does the Bible Still Mean What It Says?

Passover from Life to Death to Life: Pastors and Deaconesses Preparing the Saints to Bear Jerusalem Home-audio

by Rev. Dr. Arthur A. Just Jr. and Pamela Boehle-Silva

Passover from Life to Death to Life: Pastors and Deaconesses Preparing the Saints to Bear Jerusalem Home-video

by Rev. Dr. Arthur A. Just Jr. and Pamela Boehle-Silva

Reading Luke with the Church Fathers (Part One)

Romans- Volume 2 - The Personality of Paul

Structure of the Greek Text Symposia 2012 - "The Eyewitness of the Other Son of Zebedee: A Pilgrimage with James through Scripture and Tradition"

Symposia 2012 - Panel Discussion: Why History Matters in the Reading of the Gospels

The Advent Hymn, On Jordan’s Banks the Baptist’s Cry

The Bible, Liturgy and Preaching

The Centrality of the Liturgy

The Cross, the Atonement, and the Eucharist in Luke and Hebrews

Unity in the Body of Christ: The Mystery of the Communion of Saints