Mr. Steve Cohen, Founder of The Apple of His Eye Mission Society in St. Louis, MO, will be speaking at St. Paul Lutheran Church during services on April 1 & 2.

Mr. Cohen has been a missionary to the Jewish people since 1976. He came to faith in 1973 through the prayerful witness of a Lutheran who took seriously the Biblical mandate to bring the Gospel to all people, including the Lost Sheep of the House of Israel. Cohen began as a volunteer with the international Jews For Jesus ministry in 1974 and joined their staff in 1976. He and his late wife Jan, led the mobile evangelistic drama team, The New Jerusalem Players from 1978 to 1980. He served as associate Director of the New York and Boston branches of Jews For Jesus and founded the Canadian branch in Toronto and the Ft. Lauderdale branch in Florida.

In 1980 Cohen began serving as a member of the Lutheran Church-Missouri Synod (LCMS) Task Force on Witnessing to Jewish people, under Dr. Erv Kolb. When Dr. Kolb retired in 1989, Cohen took charge and the Task Force moved under the Board for Mission Services. They crafted a vision to establish the Apple of His Eye summer training events in New York City. These events gave potential missionary candidates a chance to test the waters of service.

In August of 1996, the Cohens left Jews For Jesus to devote full-time missionary service in the LCMS in St. Louis as the National Coordinator for Jewish missions.

Cohen has a Bachelors degree in Sociology from the University of Washington and a Masters in Missiology with emphasis in Judaic studies from Fuller School of World Missions. He has written and published dozens of broadsides (Gospel tracts used in street ministry). He has spoken in over 1,000 LCMS congregations as well as at the Great Commission Convocations. In 1992, he addressed the Synodical Convention in Pittsburgh.

He has authored several articles for publication and four books. His first, Disowned, has received international attention. He has been on numerous radio and TV programs addressing the urgent need to bring the Gospel to the over 6 million unsaved Jewish people in North America.

His late wife, Jan, was a gifted vocalist and pianist with two degrees in music and vocal performance from the University of Washington in Seattle. She released a recording of Jewish Gospel music entitled, Proclaim His Name Exalted. The Cohen's were married in 1973 and have five children, two daughters-in-law, one son-in-law and four granddaughters. Jan lost her battle with Huntington's disease in 2007.

Steve was remarried in 2008 to Nancy (Heinricy), a Jewish believer in Jesus, who has extensive mission experience, serving in Russia, Israel and Paris, France. A former Pastor's wife, of 32 years, Nancy has three grown children, a son-in law and two daughters-in-law. She also has five grandchildren. Nancy is a published freelance journalist for periodicals and newspapers and speaks Russian and Hebrew. Mrs. Cohen volunteers with Apple of His Eye as a speaker and coordinator of Ladies Teas.

Wherever Mr. Cohen gives his presentation he prays that those in the church will take the initiative to invite their
Jewish friends to come and consider Jesus from a Jewish perspective. 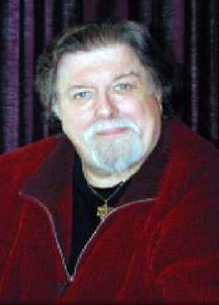