Husband, father, grandfather, brother, uncle, scientist, adventurer, Air Force officer, scholar, missionary and servant of God, Rev. Bruce Lieske was called home to eternal life with the Lord on January 17, 2021. The son of Harold and Theodosia Lieske, Bruce was born on March 20, 1935 in La Crosse, Wisconsin. A perpetually cheerful man with a sense of humor, it was perhaps prophetic that Bruce came into the world on the first day of spring.

His father’s duties with the U.S. Army Corps of Engineers moved the family throughout the United States, eventually settling in Silver Spring, Maryland. Bruce graduated from Penn State University in 1956 with a degree in meteorology. He was then selected with a group of elite international scientists to participate in the International Geophysical Year 1956-57. At the age of 21, Bruce travelled to Antarctica, where he “wintered over.”

Following his return from Antarctica, Bruce entered the U.S. Air Force as a Second Lieutenant stationed at Bolling Air Force Base and Andrews Air Force Base, where he provided aviation weather forecasts including occasionally for Air Force One. During that period of his life, he met his wife Anna Ruesler at Christ Lutheran Church in Washington, D.C. Together Ann and Bruce had three children. After completing his Air Force service, Bruce, Ann and their son, Stephen, traveled to Seattle, Washington where Bruce continued working on a master’s degree in meteorology at the University of Washington, and their daughter Rebecca was born. A calling from the Lord resulted in a change of plans. In January 1963, to acquire a nest egg to finance a return to school, the family traveled to Point Barrow, Alaska, where they lived for nearly two years, with Bruce working as a research scientist for the Naval Arctic Research Laboratory.

After Bruce completed his master’s degree in Seattle, the family traveled to Springfield, Illinois where Bruce attended Concordia Lutheran Seminary and Daniel was born. He completed his vicarage year at St Paul’s Lutheran Church in Apopka, Florida, where he was involved with establishment of the church and coordinating the construction of the church building. Following his ordination, the young pastor and his family moved to Philadelphia, Pennsylvania where Bruce assumed duties as pastor at St. Luke’s Lutheran Church. In 1975 the family moved to North Fond du Lac, Wisconsin, and finally in 1983 to Perryville, New Jersey. In these two locations, Bruce established new congregations – Divine Savior Lutheran Church and Our Savior Lutheran Church.

During his time at St. Luke’s in Philadelphia, Bruce discovered his passion for sharing the good news of the Savior with Jewish people and began the process of starting the first missionary outreach in the Lutheran Church-Missouri Synod since WWII. In 1981, while continuing in parish ministry in North Fond du Lac, Bruce founded Lutherans in Jewish Evangelism and in 1993, Bruce and Ann moved to Orlando, Florida, where Bruce realized a life goal inspired by those experiences in Philadelphia which led to full-time work, as he was called to establish Lutherans in Jewish Evangelism as a mission outreach for the Florida/Georgia District. Today that ministry has “Burning Bush” branches in Orlando, Sarasota, Detroit, St. Louis, St. Paul, Los Angeles and works internationally in Ukraine and Israel.

Bruce prepared mission resource materials, wrote articles for various Lutheran publications and published three books – Frozen Memories about his experience in Antarctica, My Father’s Pen, a discussion of the influence of the written word, and Cornerstones of Character, a reflection on life experiences that influenced his development.

Not everyone has the good fortune to meet and marry two true loves in one lifetime. After Ann passed away in 2009, Bruce reunited with his high school sweetheart, Barbara Dodd Hillerman at a Montgomery Blair High School reunion in Silver Spring, Maryland. Bruce and Barbara married in 2011, and were immediately inseparable, enjoying each other’s company and a community of wonderful friends. The addition of Barbara’s daughter Betsy to his family was a great joy for Bruce. Bruce and Barbara traveled extensively, and especially cherished time spent at their cabin in Maggie Valley, North Carolina. However, he considered himself only “semi-retired” and had a heart for evangelism, so he became involved with Muslim evangelism and served as chair of a Muslim Evangelism Task Force for the Florida/Georgia District of the Lutheran Church Missouri Synod. He was a leading member of the leadership team for three prayer marches held in Orlando, Florida to raise awareness of persecution of the body of Christ across the world. In 2019 in recognition of his service to the Lutheran Church, he received the Lloyd Behnken Retreat Medallion at the Florida/Georgia District Veterans of the Cross Retreat.

Throughout his life Bruce remained deeply committed to serving God in everything and all things that he did. As a pastor and counselor for 50 years, he touched many lives and will be remembered by those he served for the willingness with which he gave his time and his spirit.

Due to Covid, an in-person memorial service for family members only will take place at Prince of Peace Lutheran Church, Orlando, Florida on February 26, 2021 at 10:00 a.m. The service will be live-streamed for all others who wish to participate using the following link: http://bit.ly/poporlando-lieske . He will be interred at Bushnell National Cemetery with full military honors. In lieu of flowers, donations may be made to “Burning Bush” and sent to Lutherans in Jewish Evangelism Inc. d/b/a Burning Bush Ministries, 6327 Clayton Avenue, St. Louis, MO 63139.

For I am not ashamed of the Gospel, because it is the power of God that brings salvation to everyone who believes; first to the Jews, then to the Gentiles. For in the Gospel the righteousness of God is revealed – a righteousness that is by faith from first to last, just as it is written: “The righteous will live by faith.” Romans 1:16-17 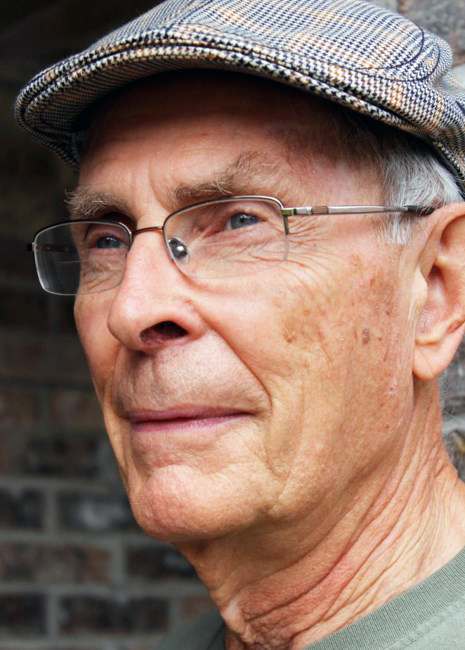